Ketamine is often used as a pain-relieving medicine. It is also increasingly being used in treatments for depression and anxiety disorders.

Originally developed as an anaesthetic agent in the 1960s that saw use on battlefields during the Vietnam War, ketamine is an NMDA receptor antagonist. The NMDA receptor plays a role in synaptic plasticity, memory, and learning. It also amplifies pain signals and increases opioid tolerance.

As an NMDA receptor antagonist, ketamine offers many therapeutic benefits. Our ketamine therapy infusions in Pocatello can help with a wide variety of physical and mental-emotional health problems. 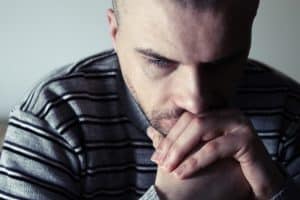 Ketamine therapy infusions for severe depression are usually administered through an IV or in the form of a nasal mist. This kind of therapy is conducted under strict medical supervision; you will not find ketamine at a pharmacy as its use as an antidepressant is young and research is still being conducted. That said, many studies and treatments have revealed ketamine’s ability to reduce depression symptoms within just a few hours.

“Recent data suggest that ketamine, given intravenously, might be the most important breakthrough in antidepressant treatment in decades,” says the director of the National Institute of Mental Health Thomas Insel, MD.

Unlike conventional antidepressants, which take weeks of build up in the bloodstream to take effect, ketamine seems to work as it leaves the body. This may be the result of ketamine’s ability to regrow certain brain cell connections that affect mood.

Our Pocatello ketamine treatment can help with chronic and severe anxiety. Ketamine, being an NMDA receptor antagonist, is believed to activate synaptic plasticity by increasing brain-derived neurotrophic factor (BDNF) translation and secretion; the amount of BDNF is important for the proper development and maintenance of the brain’s neuronal circuits, and in people with chronic anxiety and depression, there is a reported loss of BDNF.

BDNF is a big part of behavioral responses to conventional antidepressants, however, the resulting benefits for synaptic plasticity can take weeks or months to occur. Ketamine’s effect on synaptic plasticity, on the other hand, seems to manifest in only a few hours following treatment.

Our Pocatello ketamine therapy can also help with PTSD. There is growing evidence for the role of glutamate (an excitatory neurotransmitter) in stress and traumatic memory formation. Ketamine is a glutamatergic agent, meaning it modulates glutamate receptors and in this case, it works as a glutamate receptor antagonist.

Ketamine’s use in the treatment of alcoholism often comes down to its ability to distort or overwrite certain memories that act as “triggers” that tempt alcoholics to consume alcohol. Certain environmental triggers can include:

As stated above, ketamine also aids in synaptic plasticity, helping promote learning. It is believed that learning and memory formation are impaired in people with addiction and alcoholism. Ketamine can help one open up to new information, improve planning skills, and overcome memories that trigger cravings for alcohol and other substances. 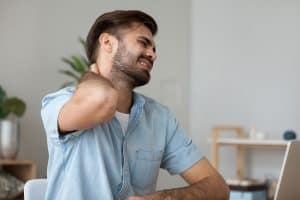 Our Pocatello ketamine treatment is often used in treatments for:

If you are living with chronic pain or mental-emotional disorders that are making your life difficult or impossible to manage, relief is possible. Contact us today about our Pocatello ketamine treatment.

Internet Explorer is no longer a supported browser. For the best viewing experience we suggest using Chrome Browser X
NagiosCheckValue - Do not remove please